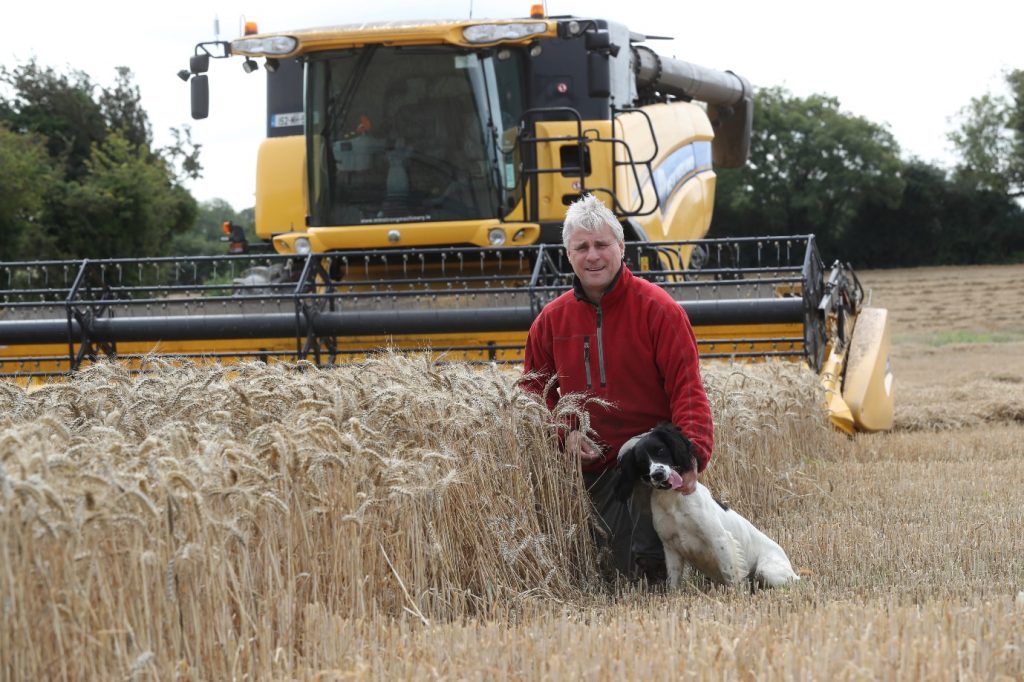 Ivan Curran farms over 2,000 acres in a mixed tillage and beef enterprise at Broadleas Farms in Stamullen, Co. Meath. Originally, the Curran’s 330 acres inherited by Ivan from his father was a dairy and tillage enterprise in the 1970’s. Now, Ivan farms 1,300 acres of tillage, including, winter wheat, barley and rape, 650 acres of potatoes and 110 acres of grassland, on which Ivan runs a calf-to-beef enterprise.

Ivan’s tillage enterprise consists of 700 acres of wheat, 300 acres of barley and 300 acres of rape. The farm’s potato enterprise is based on a contract with Largo Foods, originally Tayto and another contract with Dunnes Stores, to whom he is one of the main suppliers. Ivan’s beef farm is a calf-to-beef enterprise, consisting of a mixture of continental bulls and bullocks out of dairy cows.

“This year my target was to grow 4 tonne of barley to the acre, which I hit. Because of the difficult year, I was just a little shy of my wheat target with 3.8 tonnes grown but I’m still happy with how all the crops performed.”

Despite how difficult 2018 was, Ivan has said that, thankfully, he wasn’t as badly affected as others further down the country had been. “Our farm would be dry in some places, but we were able to irrigate a lot of the crops thankfully.”

We use cookies on our website to give you the most relevant experience by remembering your preferences and repeat visits. By clicking “Accept”, you consent to the use of ALL the cookies.
Cookie settingsACCEPT
Manage consent

This website uses cookies to improve your experience while you navigate through the website. Out of these, the cookies that are categorized as necessary are stored on your browser as they are essential for the working of basic functionalities of the website. We also use third-party cookies that help us analyze and understand how you use this website. These cookies will be stored in your browser only with your consent. You also have the option to opt-out of these cookies. But opting out of some of these cookies may affect your browsing experience.
Necessary Always Enabled

Any cookies that may not be particularly necessary for the website to function and is used specifically to collect user personal data via analytics, ads, other embedded contents are termed as non-necessary cookies. It is mandatory to procure user consent prior to running these cookies on your website.